THE CROWN CAP: LET'S DO SOME HISTORY

Short history of crown caps. Birth and curiosity about an object that made the history of the beverage world

The crown cap has become widely used for many alcoholic and non-alcoholic beverages. Just look at the supermarket shelves to realise that this type of cap does not only seal beers, as is commonly thought, but also other drinks in glass bottles belonging to the premium and super premium products market.

Before the invention of crown caps, the average life of soft drinks was very short. Indeed, when using cork stoppers, there were often beverage degradations due to either liquid leak or carbon dioxide evaporation. This problem, that existed until the end of the 19th century, could happen during both transport and storage.

The revolution of the beverage world

The crown caps were patented by William Painter, an Irish mechanical engineer who had long wondered about the best way to seal glass bottles. On February 2nd, 1892, a real revolution took place in the whole beverage industry.

After registering the patent, William Painter founded the Crown Cork and Seal Company in Baltimore (now Crown Holdings), where he dealt with closing drinks using only his innovative cap.

The crown cap, then considered futuristic, was, in reality, a very simple article and inexpensive to produce. Indeed, it was composed of normal metal and had a knurled end in the form of an inverted crown, hence the name of crown cap. To effectively prevent leakage of liquid, the cap was covered with a thin cork disc, itself covered with a film sealing the contents of the bottle. This precaution avoided the direct contact between the liquid and the metal, which could have badly affected the taste of the beverage. 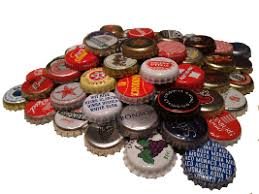 The evolution of crown caps

In the 1920s, the Crown Cork and Seal Company had several branches around the world. The prohibition of that time, however, spared no one, and for this reason the company had to re-focus on caps for soft drinks and bid farewell to beer, which had been its core business until that moment. In addition, in the 1930s, the company also began experimenting with systems for cans sealing.

At the end of the Prohibition era, the crown cap began again to be widely used for most drinks on the market, to the delight of all consumers of the time.
But there was only one thing that William Painter had not thought of when he put the crown caps on the market: their inability to close bottles which were not completely emptied yet. The answer to this problem was given in the second half of the sixties, again in the United States, with the creation of the screwed cap. Its special conformation made it possible to avoid the use of the bottle opener and to close an unfinished bottle thanks to the special ridge located on the neck of the bottle.

Finally, during this same period, the cork disc was replaced by another in plastic, another small revolution that helped change the beverage business forever.

Nowadays, the crown cap is still widely used for closing beers and soft drinks in glass bottles and it is synonymous of belonging to the premium sector. In addition, it can be used for the second fermentation of Champagne wines and classic wines.

Over time, the crown cap has become a true icon, a communication mean and a distinctive feature of several brands, to the point that some consumers collect the caps as gadgets. 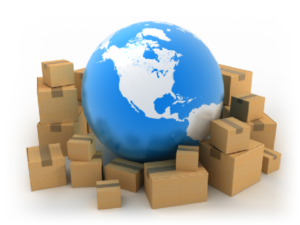 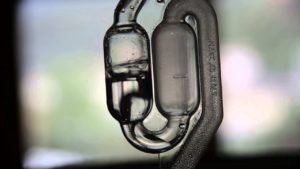 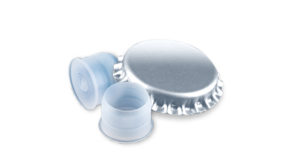 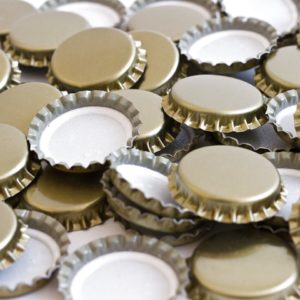